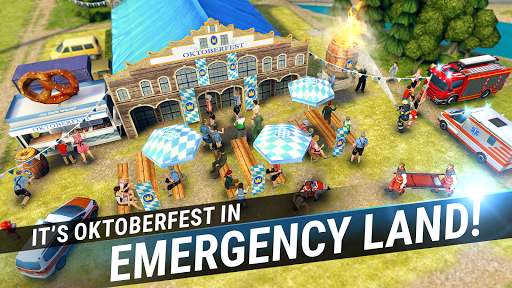 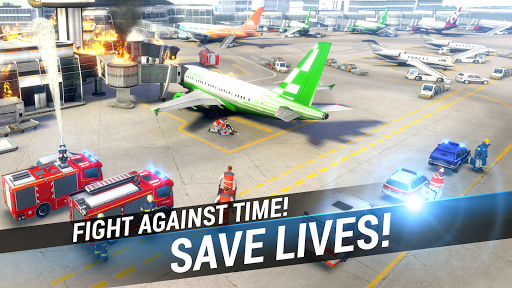 You’re in command of not only firefighter units, you’re in charge of managing the rescue efforts of four branches of rescue services. It’s your job to keep everyone alive during every incident you respond to.

Command firefighters, doctors, engineers and many other units in thrilling real time missions!

Build your own base and put together the perfect emergency team! Use all the Fire Department, Rescue Service, Police Department and Technical units to master the many exciting missions!

Whatever the incident, your team has the right tools to handle the situation, if your skills as a manager are sufficient.

Establish your own Headquarters and become the best incident commander of all time! Your base is a fire department, a hospital and so much more!

Send police to catch criminals, take injured people to hospital with EMTs and send a fireman to extinguish a blazing fire. You will need all your skill to keep all of the victims of various accidents alive!

It’s your job to ensure the survival of everyone involved. Whether it’s a car crash or a house fire, in this blend of simulator and strategy game, you’re in charge of keeping everyone alive!

To do that you will need to make the right decisions. Equip your firefighter with a fire extinguisher or take the time to connect a hose to a hydrant for the additional power? Which victim needs the medical attention of the doctor first? Will the engineer disarm the bomb in time, or do you need to retreat before it explodes?

The decision is yours. Are you up for the challenge?

EMERGENCY HQ offers:
* Varied and challenging missions on detailed maps resulting
* Specialized mission vehicles from all emergency services
* Take command of a variety of units, like firemen, police, EMTs and engineers!
* Upgrades for buildings and units
* Put your skills as a commander to the test against other players in the league
* Join forces with other players and establish a Rescue Alliance
* Send your units on support missions and earn money, instead of leaving them idle
* Play the mobile version of the top firefighter games series EMERGENCY
* Survival is your goal, keep everybody alive. No matter what happens!
* New units added in updates: Use the SWAT team to fight terrorists and the K-9 Rescue Dog to find
buried victims!

Start now and show your skills as commander!

EMERGENCY HQ can be downloaded and played for free, but some items in the game can only be purchased with real money.
An internet connection is required to play.
Once again, it’s Oktoberfest in EMERGENCY-Land, and the party is well underway in the marquees. However, the party atmosphere brings with it new challenges!
– Brand-new: New Oktoberfest missions for everyone!
– Celebrate: Build your own marquee for your rescue team with the Oktoberfest package! While the party still goes on, your depots will store and produce an incredible 500% more Coins! Also in the package: The Oktoberfest flag – demonstrate your party mood in the rankings too!
Have fun!