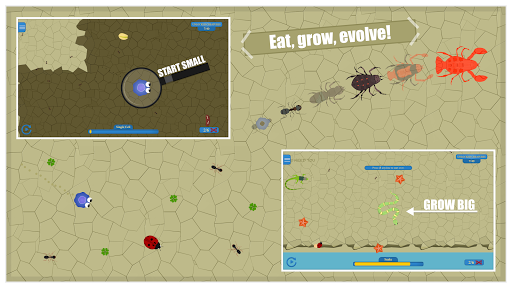 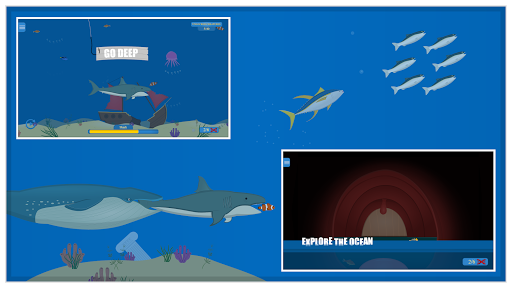 Eat tasty creatures or objects and gain enough mass to evolve from a single cell organism into another, more evolved living organism. Mutate and feed the spore to evolve into different species of creatures that own special abilities. Conquer the land and the deep blue ocean. Right now, you can unlock 40 creature life forms and multiple tasty species. Complete puzzles and missions in order to collect dna sequences and samples and evolve your single cell spore into a more evolved organism (a hybrid animal) in order to be able to eat bigger tasty creatures and conquer the evo planet. More evolutions, mutations and dna samples are coming soon to the game!

– Speak to the other animals, they may have a mission for you!
– Collect dna sequences to help friendly creature species to evolve.
– Evolve into more complicated life forms to eat tasty animals that are bigger than you.

You can find the list of the 40 creatures and hybrid animals below:

Find the entrance to the deep blue ocean level and unlock 9 more evolutions, new species, new dna challenges and a lot of hybrid animals and organisms of the evo planet ‘s ocean:

Lose 17 mb of memory to follow the mutation trees, collect dna sequences, eat tasty animal species and single cell organisms to get big and have fun in the evo planet game!
It’s a good deal.

Don’t forget to rate and review the game!