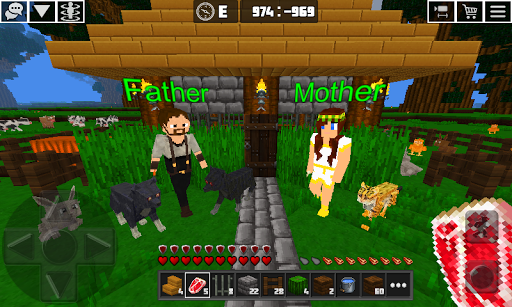 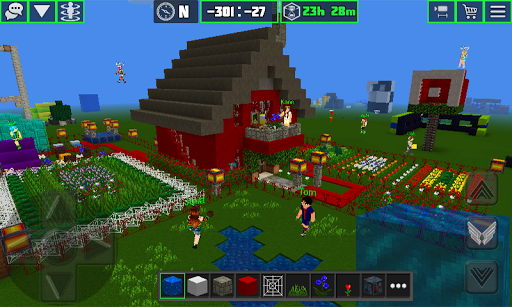 Mine, craft, survive, build block worlds. Have fun in this survival exploration simulator.

This online simulator gives you unlimited possibilities for your creative and survival adventure. Download and play it now.

—
You Craft is not an official Mojang application. This game is not associated or connected with Minecraft Pocket Edition. It is a trademark of Mojang and it is not endorsed by or affiliated with the You Craft game’s creator or its licensors.
-Updated 3D models and animation of the mobs: Enderman, Witch, Spider, Scorpion, Wolf, Ocelot, Chicken and Silverfish
-Tap an Iron Golem to switch it from patrolling to following
-New SKIN pack: Achiever. Get skins from it for free when you complete certain achievement
-New SKIN pack: Animals
-Added Redstone comparator
-Improved display of the Redstone wire
-Open iron doors only using buttons, levers and pressure plates
-Better usage of the Potions
-Improved 3D FPS speed on low devices